We never doubted Clara, not once. But we had to trust the medical professionals, we had to listen to them and prepare ourselves for what they’d told us.

But we should have known.

After all, Clara came five weeks early because she’d needed us. She’s needed help. Clara also managed to get herself home for Christmas Day without getting us discharged before her condition was later discovered. Over the next few days, Clara also pulled off all of the wires on her chest and managed to loop her toes around the catheter wire and tug it out. She was right of course – the nurses agreed she no longer needed them so they didn’t replace them. Clara must have been thinking “Hmmm…That’s what I was trying to tell you!”

48 hours after her operation, Clara was ready to be taken off the breathing tube that was down her throat and taped to her mouth. She was breathing 100% on her own. It was kept on her for another 24 hours in preparation for Friday morning surgery but that never came.

Mr Lee assessed Clara Friday morning. He checked over her stoma and announced he wasn’t going to operate, it looked better than he had thought it would so he’d give it more time to recover.

I’ll never forget the moment the tube came out: her eyes lit up, her cheeks flexed in happiness that she could move them again, and she wriggled with glee, gazing up at us with her beautiful big eyes.

Friday evening, Clara also had her morphine halved. This little fighter was truly fighting back!

Over the following days Clara remained incredibly strong. The lead consultant commented on the ward round that this little girl was doing “remarkably well”. Mr Lee later told us he had truly thought her operation was likely to be too little too late. Our little warrior princess had shown them who’s boss!

On Monday, Mr Lee decided he would take Clara to surgery this week after all, likely Thursday or Friday. The stoma hadn’t changed and he wasn’t 100% happy to leave it, especially as it had ejected some pus. (And some other liquid that caused great debate with the surgeons, nurses, and consultants – was it the fluid we wanted to see or didn’t want to see? Nobody could agree!).

Monday, January 8th, was then a wonderful day. Clara was pampered like the princess she is, and was dressed for the first time in nearly two weeks. She had her first bath, absolutely loving the hair wash and despising the body wash even though it was only a light bed bath to protect her wounds. She went a brilliant shade of purple with anger whilst I washed her back. This was the little girl who didn’t cry the first two weeks of her life as she was so poorly. The sound was music to my ears. 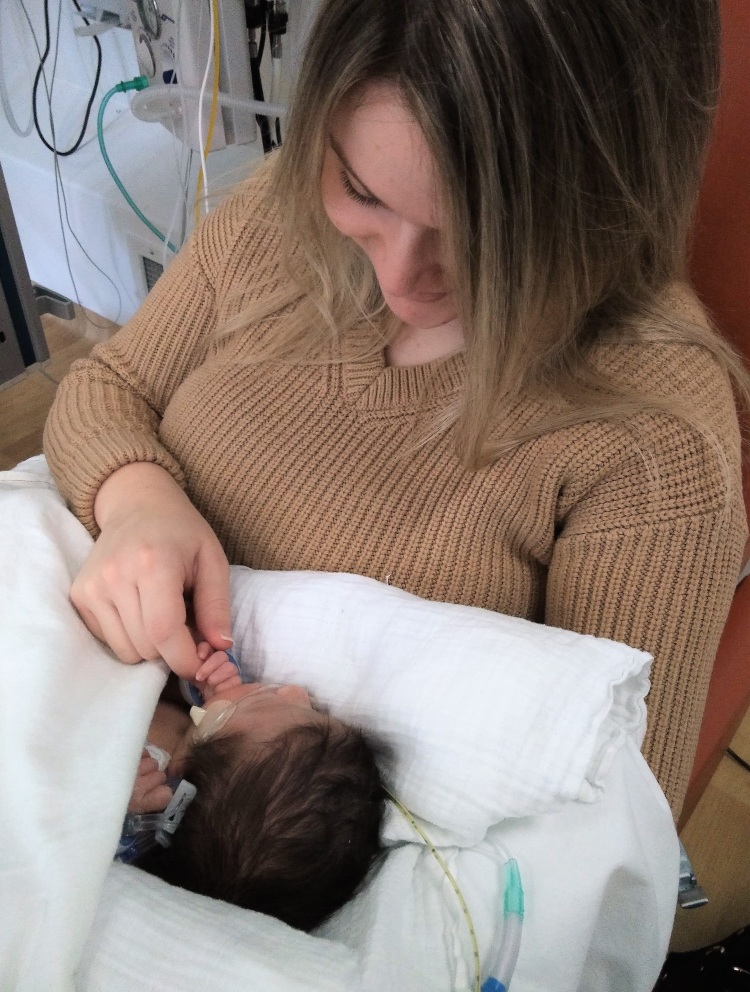 Today, the 10th January, was supposed to be “spa day”. Clara was due another hair wash, just because she loved it, her nails were due to be clipped and another beautiful outfit worn.

Instead, Mr Lee decided to take Clara to surgery today. Her spa day was on hold, replaced by a trip to the theatre (sadly for her not the West End type).

I write this as she’s down in theatre. Writing keeps my head balanced, it’s why this blog began. It allows me to think rationally, and it passes the time.

This afternoon is a big deal. This surgery will dictate Clara’s life span – from days to years. We, along with Mr Lee, have no idea of what the future holds until he literally goes in to have a look. If Clara’s 25cm of iffy bowel is viable, she’s viable. If it’s not, then her time with us is near its end. Prior to the op, the surgeon had talked to us about palliative care. He’d offered for us to speak to his colleagues at Helen and Douglas House about how we could make Clara’s time, if it came to it, as comfortable as possible. We declined – this isn’t an option we want to process as reality. Our little girl is a fighter, she’s fought back before and she can fight again and we’ll continue to give her strength for as long as she needs us and beyond.

We love you Clara, you can do this.

2 thoughts on “A Fighting Spirit”