We’ve had nothing but stoma troubles for the last week – I’ve replaced more ostomy bags than I have eaten meals in a day. A couple days ago, we replaced six bags in one day.

Looking back now, I’m not sure why it was so many. I think it was since we started recycling intestinal waste – the colon squeezes some back up which then caused the stoma bag to lift. But it was just getting too much. We didn’t venture far for a few days, and the nurses definitely earned their wages!

Clara had a loopogram on Thursday. The purpose of this was to test her colon passes liquid as expected in preparation for her reconnection.

A loopogram takes place in radiology, and is an X-ray where a visibly contrasting liquid is passed through so it clearly shows the path it takes on the many images taken.

Clara simply had to lay on the bed whilst the scanner was positioned overhead. She needed to be naked with nappy and stoma bag removed. Luckily she already had a catheter in her mucous fistula (her colon) so the contrast liquid could be syringed in easily. The radiographers, the nurse, and I, stood around Clara in our brightly coloured heavy radiology vests. We have noticed lately that Clara looks at me intently for reassurance whenever something medical is being done to her so I stood above her head so she could clearly see me at all times.

The radiology staff were lovely, so friendly to me and so gentle and chatty with Clara. They made us feel very at ease.

After the loopogram, I still had some time with Clara off TPN. I wasn’t brave enough to take her out in the car with all of the stoma leaks we’ve been having as I wasn’t confident in changing her new style of stoma bag. It was near on impossible to do single handedly as she had another tube coming out of her stoma that needed to be threaded through. (Clara has since kicked this tube out of her small intestine!)

For some reason, I felt brave enough to put Clara in our baby carrier. I’ve put her in it once before on the ward, just before her last MRI, and when I put her down her bag burst. Unfortunately looking back it was just bad coincidental timing, but it scarred me – I’d thought it was the carrier and her being pushed against me. 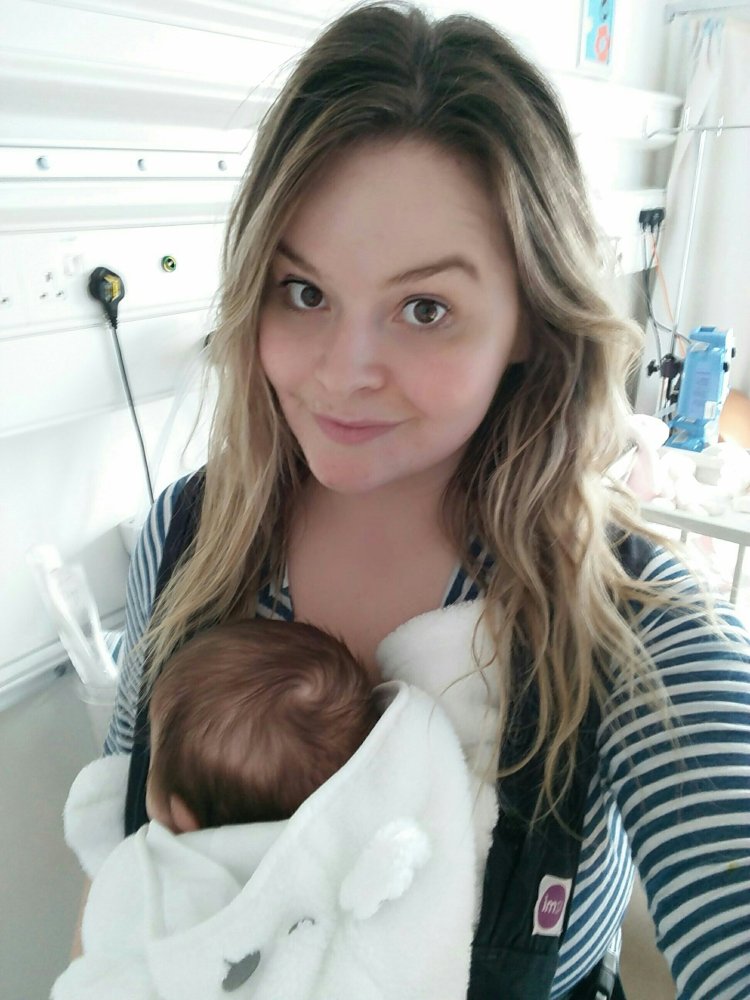 Clara absolutely loved it! Her new favourite thing is to be cuddled into me so she can grab my top with her fingers and hold on. The carrier allowed her to do that, stay warm, move around, and see new things. Everything that makes Clara happy!

Then I got really brave. I had an hour left before TPN plug in time – I’m particularly good at making every minute count. I decided to go out, to walk down the hill into Marston and back…with no Pushchair, just the carrier. 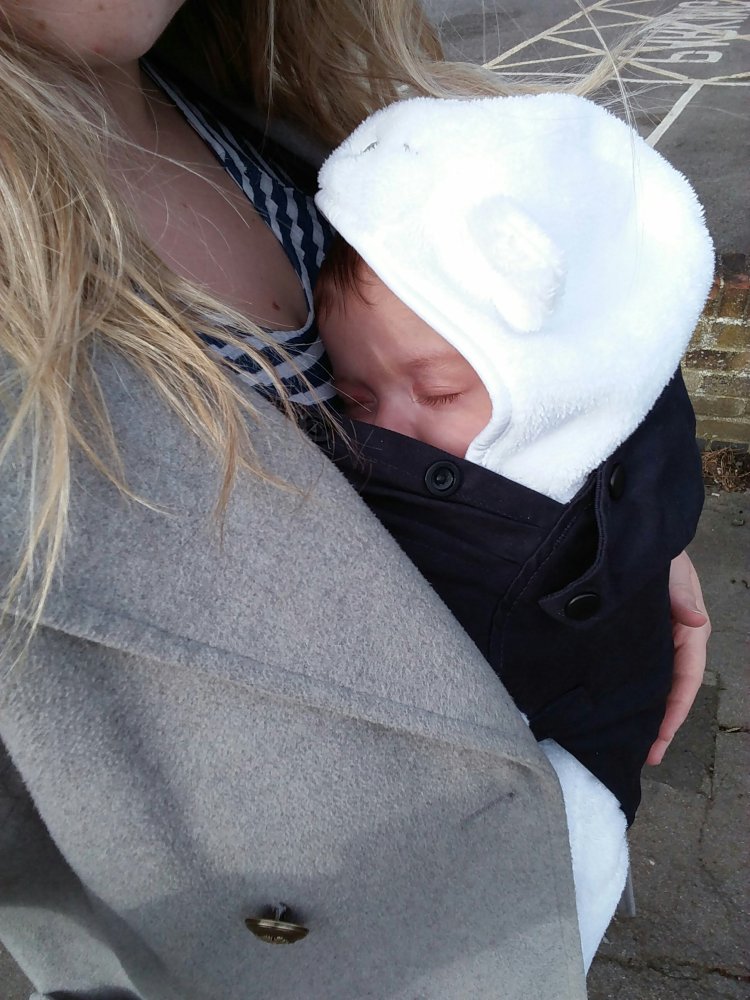 I regularly checked Clara was still breathing by wiggling her dummy and seeing if she resisted me pulling it out. I also kept sticking my hand in between my tummy and hers to check for any bag leaks (or in simple terms, poo!)

It was simply amazing walking with Clara in the carrier. It was the closeness to my baby I felt whilst pregnant, but without the tiredness!

Once Clara’s stoma issues calm down we will definitely be back out and about. I’m not sure we’ll be able to go far as she requires too much ‘stuff’ for her stoma bag empties/changes. But for a relatively short walk, it’s perfect.

Just because your baby has a stoma, it doesn’t mean you can’t do all sorts of normal things with them. Definitely don’t discount a baby carrier, it was simply wonderful.